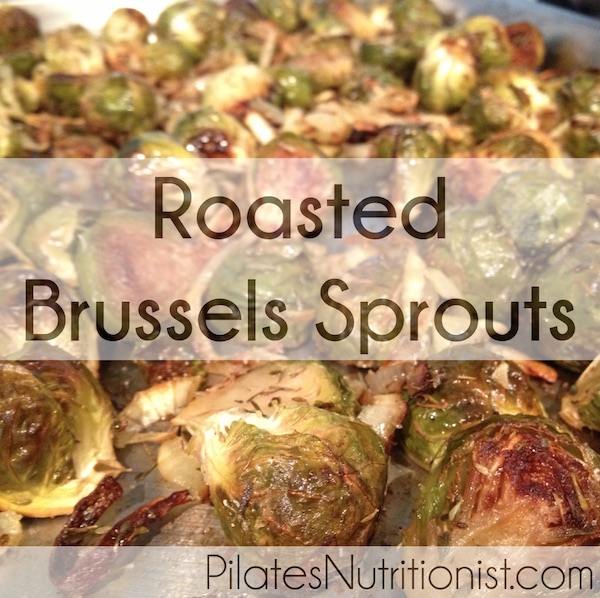 I love this time of year, partly for the fall weather (arguably non-existent in LA other than Santa Ana winds, falling pine needles, and the smell of wildfires), but I’m mostly excited for the fall crops.

One of my favorites are Brussels sprouts. I know, I know, you hated them as a kid. Your mother forced you to eat the mushy, boiled, stinky, overcooked puke-green orbs. BUT, when prepared right (no offense, Mom), Brussels are delicious!

Nothing tops roasted Brussels sprouts. They are simple to prepare and have a fantastic caramelized flavor.  Here’s how The Pilates Nutritionist eats ’em: