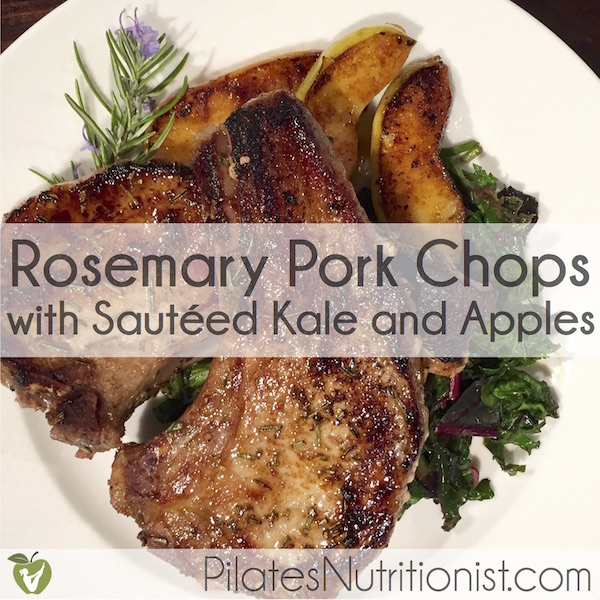 I used to be super intimidated when it came to cooking meat.

Which cut should I buy?

How do you cook it?

How do I know I’ve seasoned it enough if I can’t taste it until it’s cooked?

Then, a few years back, we did our first cow share. We had a freezer packed with grass-fed beef and because you buy the whole animal, I had just about every cut imaginable in there (though, mostly roasts and stew meat (and some organs) because… hello, it’s the whole animal!

By necessity, I had to learn to cook a whole bunch of different cuts. What I learned from all this was simple:

This year, we did a pig share from a local farm (pasture-raised, of course), and when I dug out the first package of pork chops from the freezer, I knew I wanted to do it justice.

It’s a lot different when you buy a half or a whole animal.

This recipe for rosemary pork chops uses bone-in rib chops, but any type of pork chop would work. You’d need to adjust the cooking time based on the thickness of the chop and whether it has a bone. Thin chops with no bone cook a lot quicker.

Many recipes for pork chops call for dredging in flour, but since I don’t eat wheat and prefer a diet with limited amounts of grains in general, I opted for no breading whatsoever. To get a nice crisp brown without the flour, use a paper towel to pat the chops dry, want to make sure your pan is hot before adding them, and don’t turn the meat too early. Simple enough, right?

Pork is often served with applesauce, but I’ve never been a fan of it with a savory meal (perhaps it’s a texture thing?). Pan-seared apple slices, however, are a whole different story. If you want to turn this into a full meal, definitely take the extra few minutes to saute some apples and kale! The pan’s already hot and needs to be washed anyways! 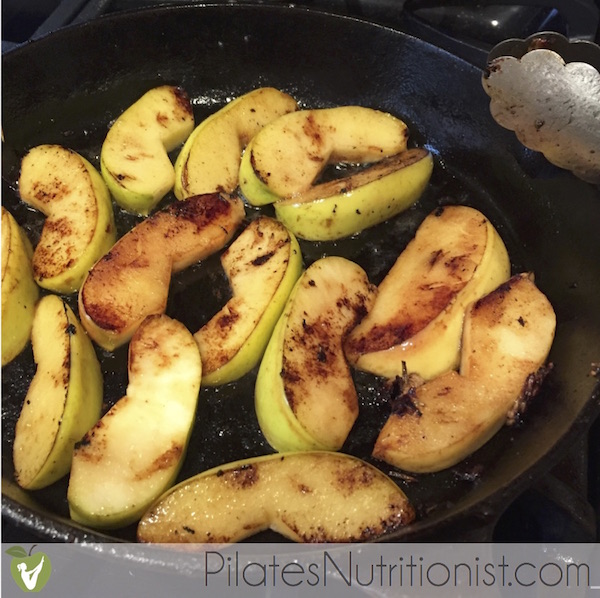 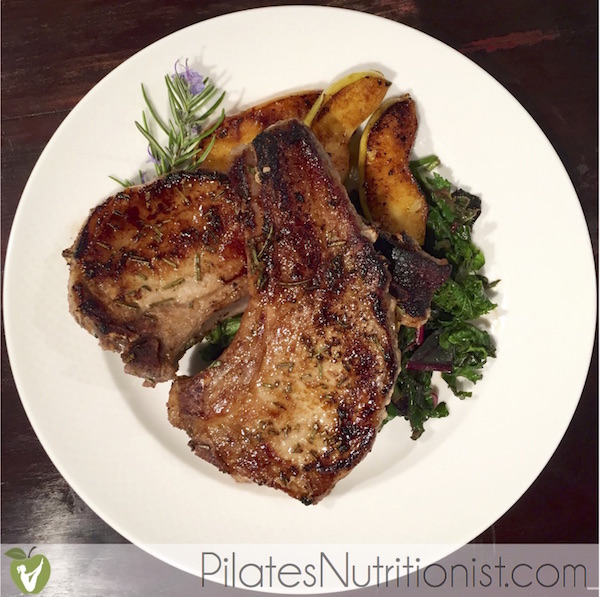 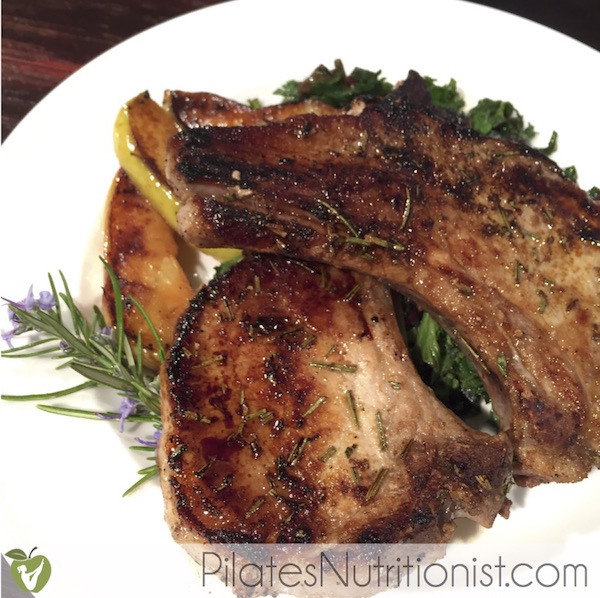 There you have it: perfectly cooked Rosemary Pork Chops. Another one pan wonder for the books.

Consider making these succulent rosemary pork chops (with sauteed kale and apples) the next time you have company over for dinner. It’s perfect for a fancy night in.

If you give this recipe a shot, stop back and tell me about it in the comments below!

PS – Not a fan of kale? Try serving rosemary pork chops with Roasted Purple Cabbage or Green Beans w/ Macadamia Nuts and Thyme. Or try one of the many tasty veggie recipes in my free ebook, “Veggies: Eat Them Because You Want To, Not Because You Have To.” Grab your free copy here.