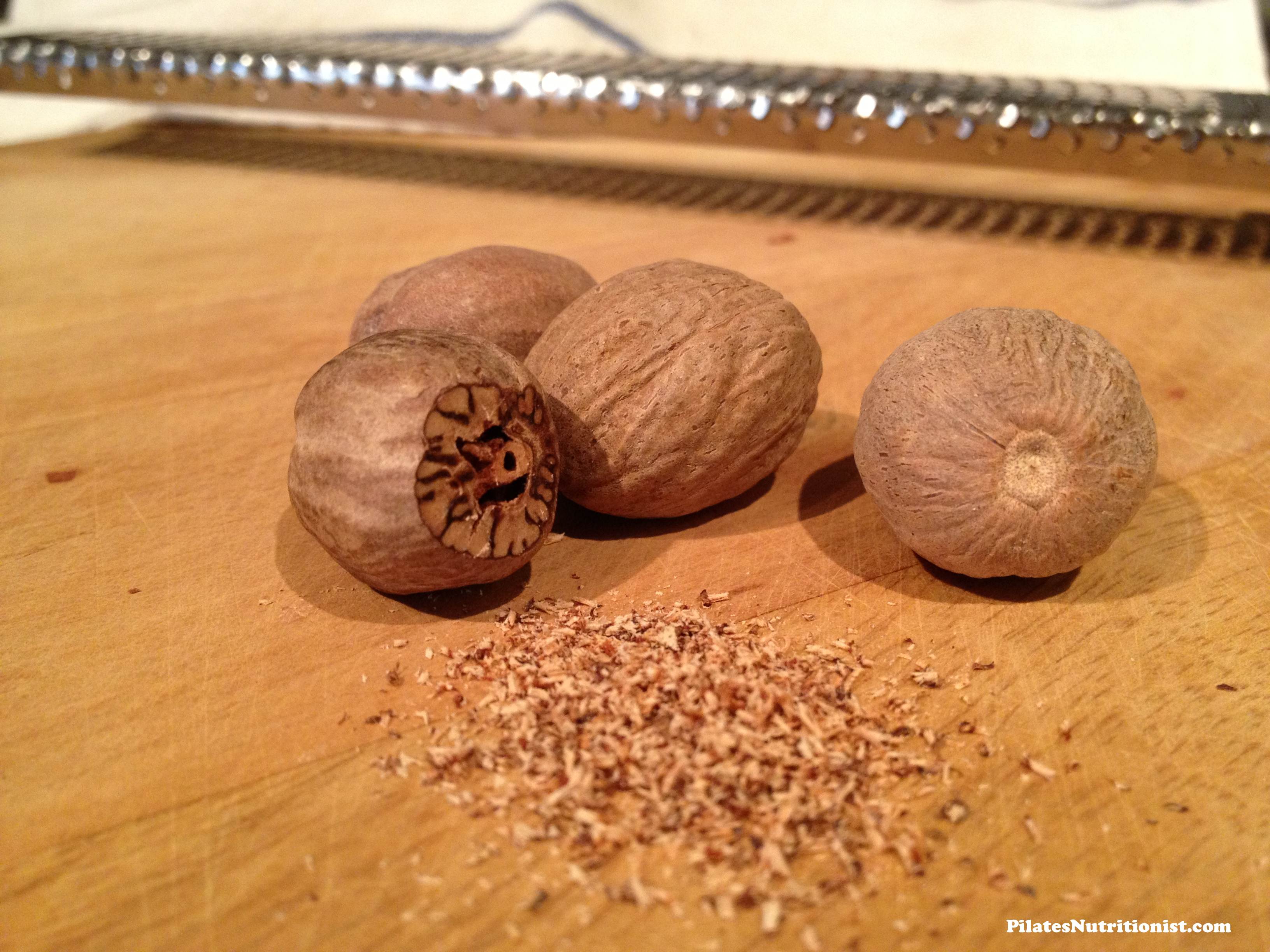 Over the past few weeks, I’ve been a bit obsessed with nutmeg.

It starts at Thanksgiving with the spice mixture for pumpkin and apple pie.  I bust out my microplane and jar of whole nutmeg and pretty soon I’m done for. The smell of freshly grated nutmeg is so unique and distinctly screams “It’s the holidays!”. I start adding nutmeg to every cup of tea, coffee, egg nog, ice cream. You name it, it has nutmeg on it.

Curious about it’s history, I stumbled upon this great NPR piece about nutmeg. Listen to it here. Turns out is has a pretty bloody past. It was once one of the rarest and therefore highly valuable spices, prized by the rich.

“Fashionable French gourmets would bring their own nutmeg graters to add their nutmeg to appropriately improve on a wealthy host’s dinner. Such affectations generally disappeared in the 18th century, when attention was shifted to the newly fashionable coffee, chocolate and tobacco.” (source)

Apparently, the nutmeg trade was a priority for the Dutch in the 1600s and they brutally enslaved inhabitants of the Indonesian Banda islands, creating profitable plantations and exporting large quantities of the spice.

The Dutch even traded New Amsterdam (what is now modern Manhattan, NY) with the English to take control of what was believed to be the last British controlled nutmeg-producing island in an attempt to monopolize the market.

Currently, Indonesia and Grenada are the primary producers and exporters of nutmeg, with other countries like India and Malasia also contributing.

Nutmeg is actually the inner kernel of a tropical, apricot-like fruit tree. This inner kernel is surrounded by a soft, lacy red membrane called an arillus that is dried and ground into another spice, mace. No wonder recipes often state nutmeg OR mace. (Though any die hard foodie will tell you that nutmeg and mace are NOT interchangeable.)

Of course, the health benefits of any food or spice are most interesting to me. Historically, nutmeg was believed to be a cure-all, even touted to ward off the plague.

In recent years, researchers have found nutmeg has antioxidant properties, can aid in liver detoxification and protect liver cells, help resolve diarrhea, and act as a natural anti-depressant. It has even been studied for it’s aphrodesiac qualities, at least in male mice.

With all of these studied health benefits, some have over-done it. In large quantities, nutmeg can be abused as a narcotic. (I know, I was shocked to learn this. How bizarre.)

“Nutmeg [and mace] possess like the other spices, aromatic, stimulant, and carminative properties; but in large doses it is narcotic, producing effects, it is said, similar to those of camphor. It has been used with advantage in mild cases of diarrhea, flatulent colic, and certain forms of dyspepsia…”

Bentley, Robert and Henry Trimen. Medicinal Plants; being descriptions with original figures of the principal plants employed in medicine and an account of the characters, properties, and uses of their parts and products of medicinal value. London, Churchill, 1880. (WZ 295 B556m 1880)

So enjoy your teas and lattes with a fragrant grating of nutmeg, but like anything, don’t over do it! 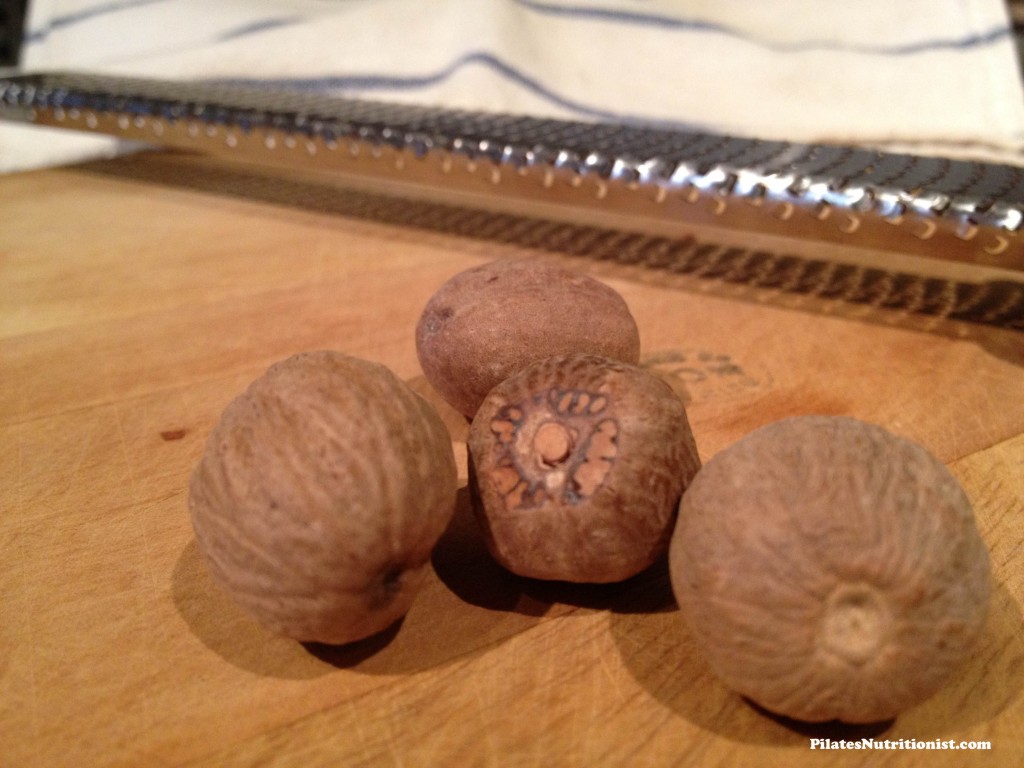