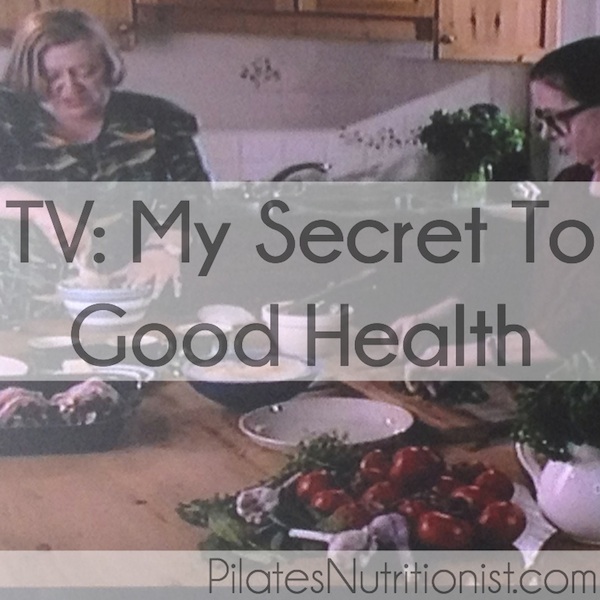 I get a lot of people asking how I do it. How do I stay healthy?

You might think that as a nutritionist I have a much more informed view of what I put inside my body, and in many ways I do, but knowledge of the biochemistry of vitamin B12 or the metabolism of L-glutamine doesn’t make me healthier.

Actually, nothing I learned about nutrition in college and even when apprenticing with a highly trained integrative and functional nutritionist (which I did for 4 years), or while working alongside doctors with decades of experience beyond me has made me healthier.

Knowledge is great and my internal desire to understand how and why things work makes me very good at my job (hello folks on my waiting list, I haven’t forgotten about you!), but it does not make me healthier and doesn’t put me at an advantage health-wise compared to anyone else.

What does is a skill that I learned far before deciding nutrition was even something I wanted to study.

It’s hard to put an exact date on it, but that’s around the time I became obsessed with food.

I watched hours of Food Network TV shows, back before they were meant to be entertaining. Before Emeril uttered “Bam!” (which remains annoying years later). I’m talking about shows like Two Fat Ladies (still a favorite of mine), The Naked Chef (not what you think it is), and Sara Moulton’s show (what was that called again?).

Back then the network created shows that showcased certain skills, like how to take the backbone out of a chicken so it’ll cook evenly on the grill and the trick to melting chocolate without it “breaking”.

They wore chef coats, not designer jeans and low cut shirts. They actually taught you how to cook, not make you feel jealous of their high-end dinner parties at their house in the Hamptons (Ina, I really do love your show though!).

The most important thing I learned about nutrition I didn’t learn in school (apologies to my awesome professors) nor in clinical practice. And it happens to be one of my most valuable life skills. So what is it?

Hear me out. The only way I’ve been able to stay healthy is because cooking isn’t all that hard for me. Health is not about accumulating tons of knowledge, it’s about knowing how to put it into practice easily.

Now before you think to yourself, “Yeah Lily, but I suck at cooking!”,  know this:

It wasn’t always that way.

Cooking is only easy for me now because I’ve tried and failed at making just about every dish. (Actually, I continue to fail at cooking regularly!)

The nice thing about cooking is the more you fail, the better you get.

So my challenge to you today is to be open to experimenting in the kitchen.

What’s one recipe you’ve been yearning to learn how to cook?

Why not try that?

And hell, if you “hate” cooking, look up a favorite recipe with the words “slow cooker” in front of it. Slow cooker recipes require minimal skills. Think of something like pork chops. Those are wrought with opportunities for failure. Did you season it enough, cook it at the right temperature? Is it over-done (ruined) under-done (hazardous to eat)? But something like slow cooker pulled pork is fool-proof, even for the most kitchen phobic.

Same goes for anything roasted. Stir-frying is advanced compared to roasting, so why not try roasting a pan of vegetables instead of slaving over a hot stove?

By the way, there are many recipes for making vegetables taste good in my free ebook, Veggies: Eat Them Because You Want To, Not Because You Have To. It’s no coincidence that many of them are roasted. You can snag your copy here.

Sometimes it’s fun to make something complicated (if you like cooking, of course), but most of the time we need things to be easy.

So find a dish you love, try making it a few times until it becomes easy and then move on to the next culinary adventure.

I strongly believe becoming better at cooking will make you much healthier than reading countless articles and books about nutrition.

Remember, it’s about putting it into practice!

I might be the only clinician to tell you this, but maybe getting healthier starts with turning on the TV and tuning to a food or cooking network.

Now in the comments below, I’d love to know:

What keeps you from cooking at home?

What new recipe are you going to learn to make?

And just for fun, what’s your favorite cooking show?