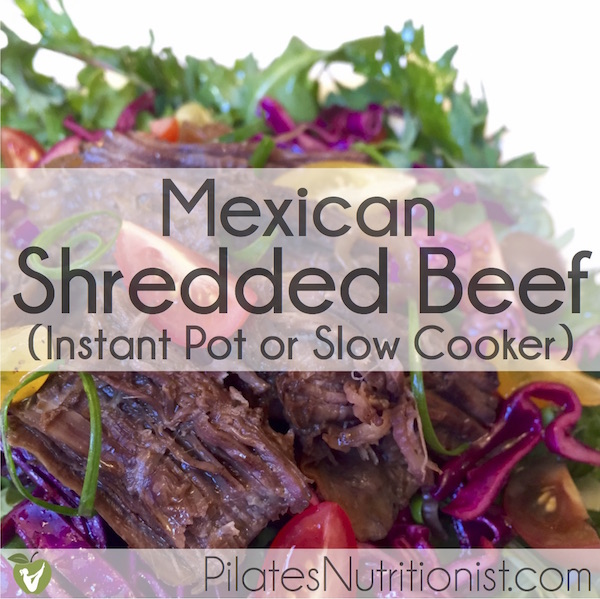 When I first started using a slow cooker, I remember thinking “How in the world did I stay well-fed without it?”

When I realized I could make bone broth in it and not have to hover over the stove all day, I was hooked. Many a pot roast, stew, chili, and batch of pulled pork later, a friend introduced me to the Instant Pot.

It’s a hybrid of a slow cooker, pressure cooker, rice cooker (and several other functions I have yet to even try).

Close to two years after purchasing it, I still make at least 3 meals a week in my Instant Pot. With a baby-turned-toddler in the house (how did that happen so fast?!), I have very little time to prepare food.

This means whatever is most efficient wins (within reason, of course).

I’m also admittedly not very good at meal planning in the traditional sense. I don’t go to the store with an exact grocery list for all of the meals I’ll cook that week. (If you’re curious what sort of lazy meal planning I employ, read this!)

I have a much more relaxed “Eh, that sounds good” and “Well, this showed up in our CSA box” kind of approach to cooking. Of course, I keep a well-stocked pantry of spices and staples to pull this off, but my point in sharing my disorganization with you is that somehow – with a toddler yanking at my pant leg (at all times) – I manage to get a meal on the table anyways.

The Instant Pot has really upped my game in the kitchen.

Instead of having to plan to put a roast in the slow cooker at 8am in order to have it ready by dinnertime, I can literally pull a fully frozen hunk of meat from the freezer, plop it in the Instant Pot with some spices, and know that I’ll have dinner on the table in roughly 90 minutes.

Plus, now that about 90% of the meat we eat (at home anyways) is from our cow share or pig share, a big portion of it requires the tender loving care of slow cooking. (Newsflash: Animals are not all filet mignon and tenderloin.) With the pressure cooking function of the Instant Pot, I can get the melt-in-your-mouth goodness of a slow cooker in a fraction of the time.

Anyways, enough of my love affair with the Instant Pot… Onto today’s recipe…

Mexican Shredded Beef makes a frequent appearance on our table.

It’s super simple to throw together, has great flavor, and can pair well with just about anything.

Here, I serve it atop a baby kale salad with purple cabbage slaw (pretty much this recipe for Tangy Coleslaw made with purple cabbage) and fresh cherry tomatoes. If I had a ripe avocado in the house, that would have made it on the salad, but alas, this wasn’t exactly a pre-planned meal. (I feel like I’m confessing to both culinary and dietetic sins right here!)

I also love using Mexican Shredded Beef in tacos (or lettuce wraps), alongside black beans and cauliflower rice, or adding it to a chili recipe in place of ground beef.

If you haven’t yet given in to the Instant Pot craze, I include instructions for making Mexican Shredded Beef in a traditional slow cooker. It’s just as good, but takes 5x longer to make it (though that’s not a big deal if you plan ahead and get the meat cooking in the morning). 😉 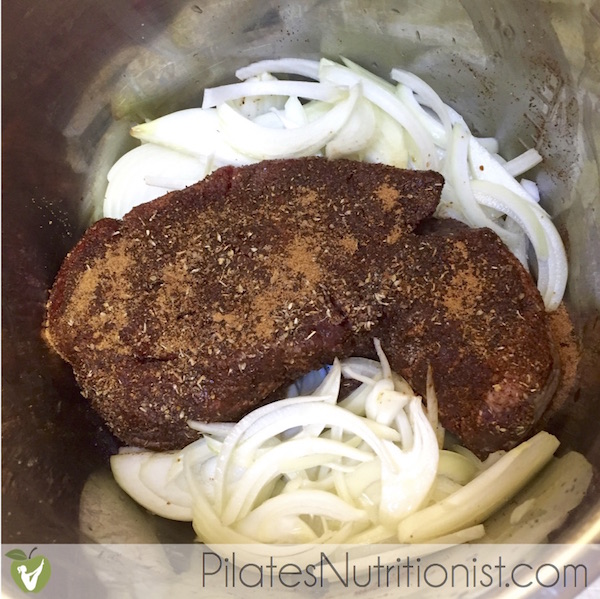 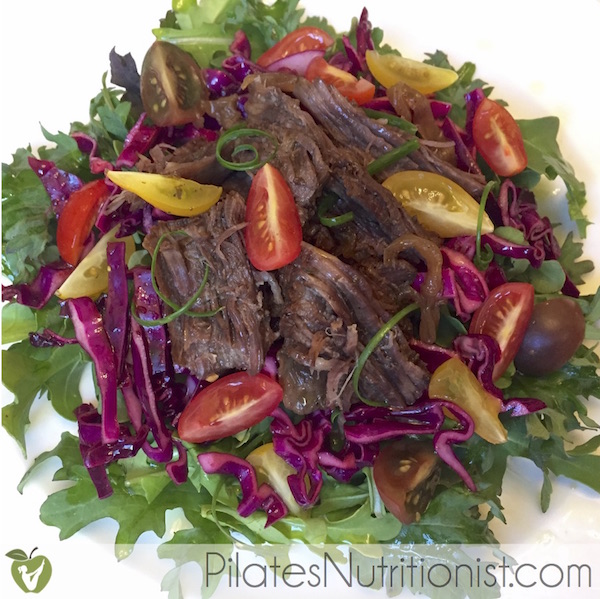 I’m not sure dinner could be any simpler. Well, aside from take out, but I’m all about making cooking faster and easier than takeout. Unless you’re feeding a crowd or a big family, you’ll probably have leftovers from this recipe, which means you have another meal (or several) already ready already. #winning

If you give this recipe for Mexican Shredded Beef a try, I’d love to hear about it in the comments below.

And if you’re curious to learn more about the Instant Pot, check it out here. There’s a reason it’s the #1 rated pressure cooker. I swear it’s not the scary scary “is this gonna blow up the house or burn my face?” kind of thing of your grandma’s generation. It has a bunch of built-in safety mechanisms to keep you from destroying your kitchen. 😉

PS – Not a fan of beef? Try my recipe for Slow Cooker Pulled Pork. My original recipe used a slow cooker, but you can follow the same instructions above for an Instant Pot version.