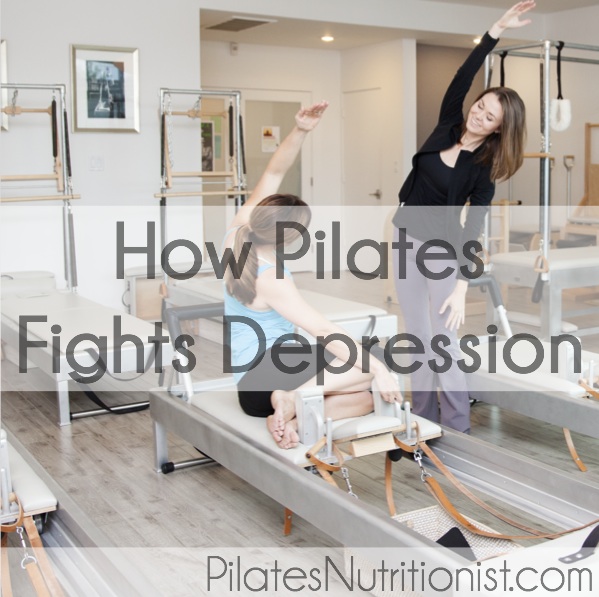 Most people start doing Pilates because they want to shrink their waistline or recover from injury, but the benefits of Pilates go far beyond flat abs and strong muscles. I’ve observed the transformational effects of Pilates not only from my own practice of more than a decade, but in my clients as well.

Sometimes as instructors, it’s hard to explain the benefits of what we see and justify it with any tangible evidence. It’s always anecdotal.

It always feels a bit snake-oil-salesman-y.

The physical effects speak for themselves – defined waistlines, weight loss, muscle tone – but some of the benefits are a bit more elusive.

It’s hard to qualify the increased productivity of your lunchtime client who pops into the studio in the middle of his work day or validate the lessened anxiety levels of the busy mom who sneaks away for her biweekly Pilates sessions. Yet these are are all hallmark experiences of long-term clients. There is a reason they keep coming back besides the physical strength (and of course, my good company!).

The researchers measured levels of serotonin, a neurotransmitter well-known for its mood-boosting effects, before the women began Pilates and once again after the 12 weeks were complete. In addition to serotonin, they measured depression levels (by a 21 question survey called Beck Depression Inventory commonly used in research and clinical settings), blood pressure, flexibility, endurance, and strength (via a tool called a dynamometer) before and after the intervention.

Lo and behold, the change in attitude from before and after a Pilates session that my clients have raved about was also experienced by the study participants.

After 12 weeks of regular Pilates classes, the women had a significant increase in serotonin and 34% drop in severity of depression. That level of improvement rivals the effects of some SSRIs, a class of anti-depressant medications that target serotonin’s action in the brain.

Pilates very literally boosts your mood, but don’t take my word for it:

[T]he monoamines in the brain, such as serotonin and dopamine, have an improved transmission rate when exercising occurs. This is beneficial for those depressed because such chemicals in the brain directly affect on mood.” – Hassan

Other Physical Benefits of Pilates

It probably goes without saying, but the womens’ muscular endurance was significantly improved (by 38%), including abdominal muscle endurance. Their flexibility increased 48% and the participants boosted overall strength of their abdominal, back, and leg muscles.

Last but not least, blood pressure was significantly reduced.

Literally every parameter that they measured improved, significantly. (That’s research speak for more than a little bit and reassurance that the effects weren’t just do to coincidence.)

I’ve written before about how the chest opening positioning in many Pilates exercises, which mimics Power Posing, has the ability to lower stress levels and boost self confidence. Now we can add “Pilates fights depression” to the list of benefits.

So who’s ready to hit the mat and do some “hundreds”?

Do you notice a change in mood or stress levels from Pilates? If so, tell me about it in the comments below.

If you want to read the study yourself: Hassan EA, Amin MA. Pilates Exercises Influence on the Serotonin Hormone, Some Physical Variables and the Depression Degree in Battered Women. World Journal of Sport Sciences. 2011. 5 (2): 89-100.