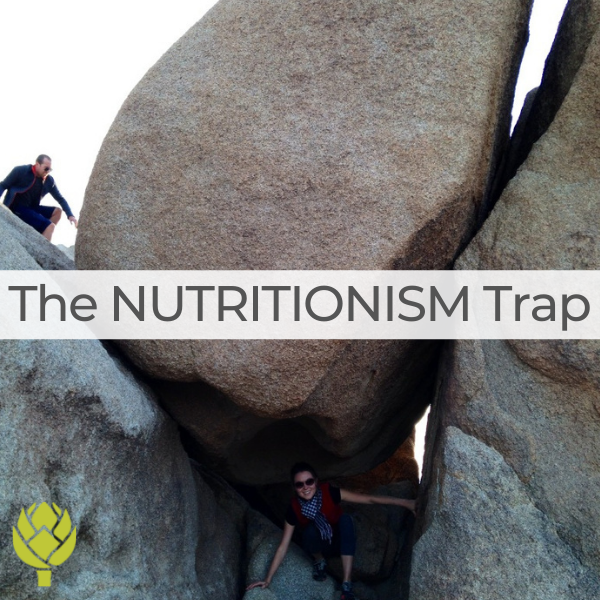 If you’re anything like me, you’ve gone through a lot of phases with your eating habits.

There was the fruit phase, where for a whole summer, I loaded up on copious amounts of fresh fruit from the farmers’ market. (In hindsight, not the best idea.)

There was the low-fat phase, where I had been convinced by all the magazines that I just needed to cut out fat to get a bikini body and prevent every disease imaginable. (Who hasn’t tried that miserable diet?)

Then there was the oatmeal phase, where for a period of nearly 2 years, I had oatmeal practically everyday for breakfast.

You see, I had read an article about fiber and how Americans don’t consume enough of it. If we just ate enough fiber, people would have less digestive issues and they’d stay fuller for longer thereby preventing excess weight gain. I figured oats were my best bet for fiber. I certainly would never have to face heart disease in my lifetime (that makes me laugh now with all I know, but I really believed that was true for a while).

Now, looking back, I never felt particularly good eating oatmeal for breakfast. Don’t get me wrong, I liked the taste. And, being the health sleuth I am, I turned what could be a relatively simple process of nuking some pre-flavored instant oats in the microwave into the healthiest of rituals.

I would buy organic steel-cut oats, soak them overnight in water to make them more digestible (that part I later proved has merit), then I’d cook the oats in the morning to perfection. My steamy bowl of mush with a sprinkling of fresh fruit and nuts seemed like the epitome of health.

Only, I didn’t feel healthy.

Every morning by 10am, I’d be starving, unable to concentrate, and craving sugar – big time. It wasn’t until years later that I connected the dots and realized my “healthy” routine had been behind my insatiable mid-morning food cravings all along. (I now refer to this as the healthy breakfast mistake.)

Even as a highly observant, self-aware person, I had managed to turn off the inner cues my body was sending me to defend the nutritionism I had come to believe.

Nutritionism is the trap we fall into when we define the value of a food by a few select nutrients.

I had come to associate oatmeal with the glorified benefits of fiber, rather than considering the food as a whole.

Nutritionism is, in a large part, to blame for the current health crisis in the US (particularly the 50+ year deluded war against saturated fat).

You can make any food sound like a health superstar by highlighting the presence or absence of a single nutrient.

SnackWells? Those are better than the other cookies ‘cause they’re fat-free!

Cereal? How else will you get enough fiber? Or folic acid?

Juice? Drink up! You need your vitamin C! And fruit is healthy!

You can also make many healthy foods sound like dietary villains.

Eggs? Only without the yolks, lest you want your cholesterol to skyrocket!

Nuts? Those are ok, but you better measure them since they’re high in calories.

Olives? Too high in salt.

Truth is, we can justify eating or avoiding literally any food by applying nutritionism. And while that can be a useful application of nutritional science, it’s usually not used to help us choose one real food over another real food.

Instead, it’s used by food scientists to reverse engineer less healthy foods into ones that can be marketed towards us as having some health benefit.

Think super-sweetened yogurt spiked with omega-3s (that necessitate all sorts of chemicals to cover up the rancid, fishy taste).

And those sugar-laden fruit smoothies that are high in antioxidants (but contain more sugar than a can of soda).

So the next time you’re being lured to a product, ask yourself why.

Did the nutrient claims help justify a junk food purchase?

Is it because you’re really craving the flavor of product XYZ?

Nutrients aside, what makes you want to eat it?

Do you truly enjoy it?

Does your body feel good after eating it?

I can’t tell you how many clients I’ve worked with whose health problems are linked to the very foods they are religiously eating (or not eating).

Take, for example, the client who ate an apple for lunch nearly every day for more than 10 years because she thought it was healthy. Her gastric pain and diarrhea so severe that she often had to miss work. Food sensitivity testing revealed apples were highly reactive, and eliminating them was a key part of overcoming her digestive issues.

Or the client who avoided fat in an effort to lose weight, only she’d gained 25 pounds eating that way and relied on low-fat alternatives that happen to be highly processed foods.

Or the woman with gestational diabetes who was told to eat more fiber, but was consuming it from high-carbohydrate crackers and dried fruit bars, which left her with very high blood sugar numbers.

The effect of food on our body cannot be fully explained by a single nutrient, so my challenge to you is to stop making food choices driven by them.

Here’s how to get out of the nutritionism trap:

Start asking questions about your food choices. Not from a place of judgement, but as an opportunity to be introspective.

What’s the one supposedly “healthy” food that you dread eating, but do so purely because you believe it’s healthy? I want you to pay close attention to why you choose to eat it and how your body feels after eating it. Be open to the idea that not all “healthy” foods are healthy for you.

Step away from the numbers, the health claims, and the dogma for a change and just tune in to what your body tells you.

No, I’m not suggested you give up all your healthy habits, but just to question them, check in with yourself, and re-evaluate the why. If you’re eating mostly real food, and particularly ones without health claims, you won’t be led astray.

If this post has inspired you to take a new look at what you’re eating and why, I’d love to hear about it in the comments below.