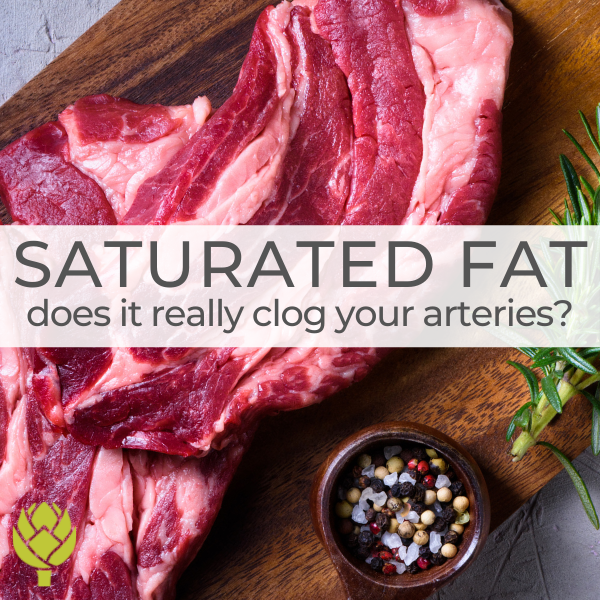 It just rolls off the tongue, doesn’t it?

Decades of public health messages and magazine articles have practically etched those words in stone, but maybe it’s time to reframe the way we look at saturated fat.

In the following article, one of my nutrition interns, Anna, takes a deeper look at the research on saturated fat and heart disease. UPDATE: I have also added additional studies to this article as new research is published on the topic.

We all know that saturated fat, and most fat in general, has been vilified for the last 30 to 40 years.

In more recent years we’ve come to accept and even welcome unsaturated fats (“good fats”) that are abundant in plant foods and fish (vegetable oils, nuts, seeds, avocados etc.) Most everyone can agree that trans fats still remain in the “villain” category, but some recent research has showed that saturated fats may not be as bad as we have been told.

Before we dive into the research, let’s have a quick review on what saturated fats are and a little bit about their history.

What is a “saturated fat”?

Fats are considered “saturated” or “unsaturated” based on their chemical structure. Saturated fats are so named because they are fully “saturated” with hydrogen atoms.

Because of this, saturated fats (or saturated fatty acids (SFAs), as researchers call them) do not contain any double bonds in their chemical structure and are very stable, meaning they don’t go rancid easily, even when exposed to high temperatures, light, or oxygen (one reason that coconut oil is so great for cooking)

But enough of the chemistry…

Saturated fats are found in both animals (pork, beef, chicken with skin, butter, cheese, milk, etc.) and plants (coconut oil, palm oil, palm kernel oil) however most plant foods contain a higher proportion of unsaturated fat. Keep in mind that, with few exceptions, all foods are a mix of both saturated and unsaturated fats.

The War Against Saturated Fat

Historically speaking, the attacks on fat began in the late 1970s. Around this time, one key study showed that dietary fat was related to heart disease. More specifically, saturated fat was blamed to be the culprit.

Ancel Keys was behind this study, the Seven Countries Study, which looked at the diet and health of about 13,000 middle-aged men in the U.S., Japan and European countries. This study found that populations who consumed a large amount of saturated fats from meat and dairy had high levels of heart disease, while those who ate more grains, fish, nuts and vegetables did not have high levels of heart disease. Keys advocated for his theory that fat caused heart disease and persuaded the American Heart Association to release guidelines against saturated fat in 1961.

Some researchers attempted to speak out against the study as they realized Keys chose countries that confirmed his hypothesis and excluded other countries, such as France, where diet is rich in fat but heart disease is rare. Later, when outside researchers reanalyzed Keys’ original data, they found that the biggest correlation with heart disease was actually sugar, not fat.

Unforeseen Consequences of a Low-Fat Diet

Added sugar consumption in the US skyrocketed after this time as well as processed food production, and coincidentally the obesity epidemic as well as the rise of many other diseases, such as diabetes, began.

Despite this, we stuck with our guidelines and kept blaming our problems on saturated fat.

Noticing the rising rates of obesity, cardiovascular disease and diabetes, some researchers decided to re-investigate the effects of dietary saturated fat. Of course, these researchers have come under some fire for attempting to disprove a long-held belief, but let’s take a look at what they found when it comes to saturated fat and heart disease.

Saturated Fat: Does is Really Clog Your Arteries?

It’s been widely believed that saturated fat causes serum cholesterol to increase, which increases the risk of heart disease. This may actually not be true and there are many studies and reviews that question the perceived harmful effects of saturated fat on heart disease.

What Does This All Mean?

While the full effects of saturated fat remain a bit controversial, there is currently not enough evidence to link saturated fat to heart disease.

On the contrary, our obsessive avoidance of saturated fat has led many people to eat more carbohydrates and polyunsaturated fats, both of which have been linked to higher rates of heart disease. (Open Heart, 2014)

Amidst the controversy, one thing is clear: When it comes to preventing heart disease, avoiding saturated isn’t the best strategy.

A big thank you to my nutrition intern, Anna Pashkova, for her assistance with this post!

Let me know in the comments.

PS – If you’re curious to hear my thoughts on the debate between coconut oil and vegetable oil, read this. 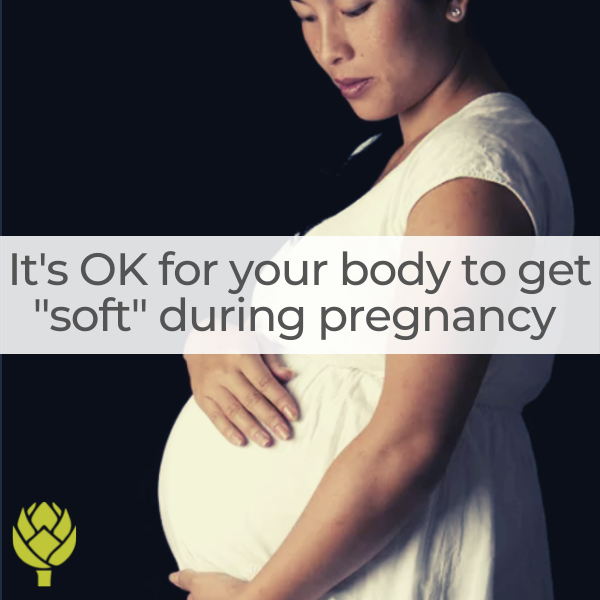