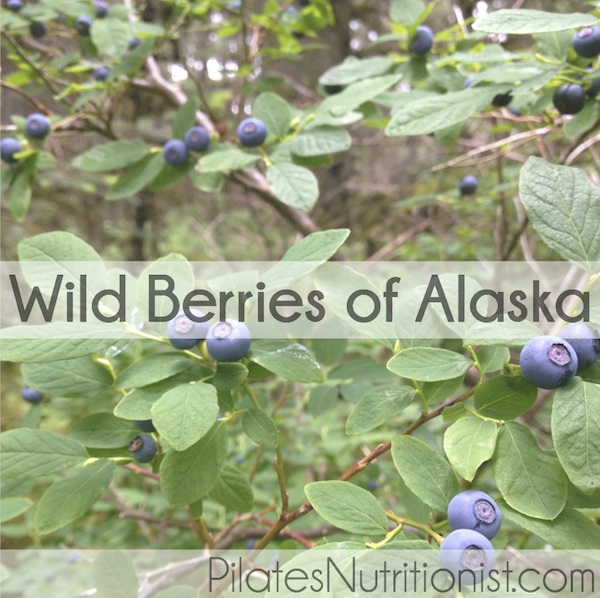 This has been my first summer in Alaska, and let me tell you, there is nothing like it. Having spent most of my life in Southern California, summers are typically scorchingly hot, dry, and brown. Everything is brown.

Here? Everything is green, green, green (and you’d hope so with the amount of rain we get, even in this “dry” summer). At solstice, the days were 18 hours long, so everything grows very fast. That explains why Alaska lays claim to the largest cabbage ever grown (138.25 lbs).

(I’m not lying about giant cabbages, check out the one I got at the farmers’ market!)

When I’m not working, I’m hiking. And that means access to loads of wild berries.

Being the plant nerd that I am, I bought a book of wild Alaskan plants before we came up here, so I could study the local flora. (I’ve since acquired 2 more wild plant and berry books! I swear I’m not hoarding them.) I wanted to know what I could gather (without poisoning myself), so I could source as much food as possible locally. As you might know, food has a very long trip to get here, so depending on weather, planes, barges, etc, sometimes fresh produce just isn’t all that fresh.

Wild plants give you an advantage, You harvest only what looks good, only what you need or can store for later, and you know it’s organically grown! With a short growing season, you want to stock up when things are in season, so my freezer is full of berries, and my pantry is stocked with jam to carry me through the winter.

I’ve had so many requests to hear about life in the far north, so here’s a little glimpse into the Alaskan berry world before the season is over. 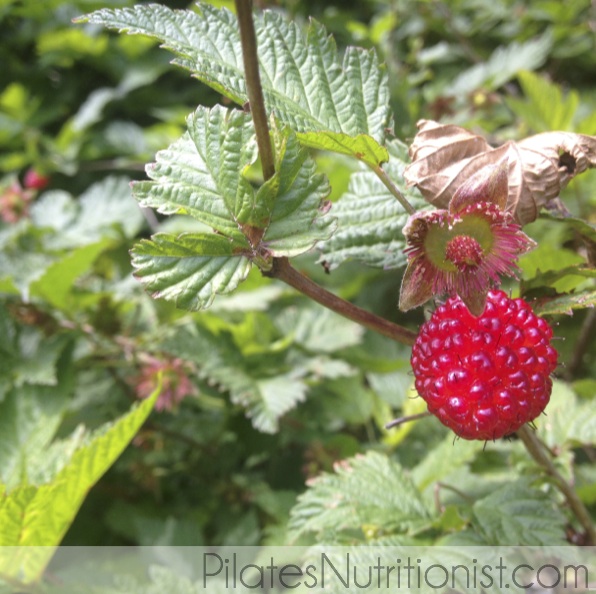 Salmonberries are, without a doubt, the most abundant. They grow on roadsides, hiking trails, back yards; everywhere. They’re like oversized raspberries, ranging in color from a salmon pink-ish orange to a deep raspberry maroon. Unlike raspberries, they are shiny on the outside, not powdery. Their flavor is well, kind of bland, but since they grow everywhere and easy to pick, you stop and eat them anyways (or if you’re thinking ahead, gather for making into jam). 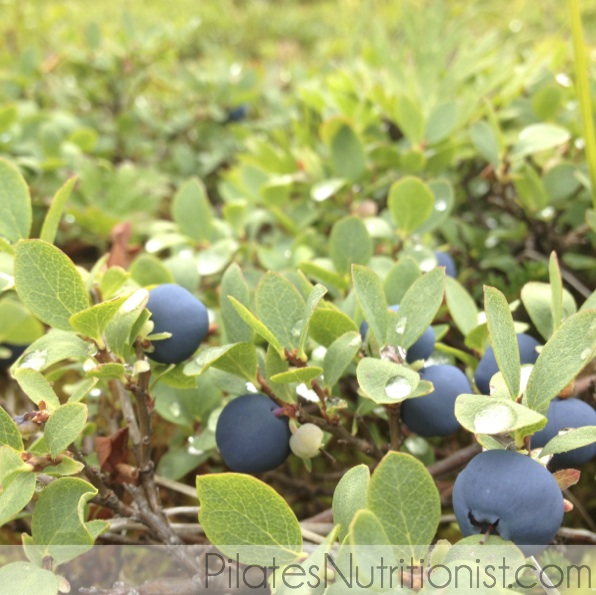 Then you have blueberries. According to my berry books, there are at least half a dozen varieties of blueberries up here. I’ve found 2 types so far, the “early blueberry” and the “dwarf blueberry”. The former grows in wooded forests in waist-high (or taller) bushes, pictured in the title image of this post. They’re small and less sweet than the ones from a grocery store, but they are damn good. The latter grows on mountain tops (pictured above) and if you’re not careful, you’ll step right on them! The “bushes” are literally a few inches off the ground, like a carpet. Blueberry picking is so fun, I have to remind myself to look up and check for bears occasionally. Luckily, at least during this time of year, bears are more interested in salmon. 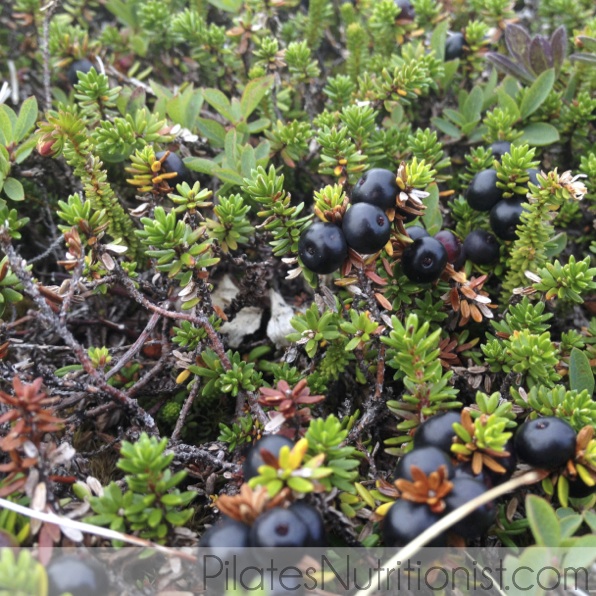 Let’s not forget crowberries. Crowberries are another alpine berry and grow much like the dwarf blueberry, close to the ground like a mat. When I first came across these, I couldn’t remember if they were edible or not. Not wanting to re-make a scene from Into The Wild, I opted to pass on these, but after I consulted my berry book, I realized they were totally edible. Well, they aren’t exactly the tastiest of berries, being fairly dry and bitter, but when cooked into a jam, they are fantastic. According to the University of Alaska at Fairbanks, crowberries are significantly higher in antioxidants than blueberries (their ORAC score, a measure of antioxidant content, is off the charts; more than double what’s considered “high antioxidant”). In fact, one study found crowberries to be the highest in antioxidants compared to 9 other wild berries. This, my friends will be the new superfood, easily replacing acai and maqui. And you can tell these are loaded with goodness, since even a few will turn your tongue dark purple. 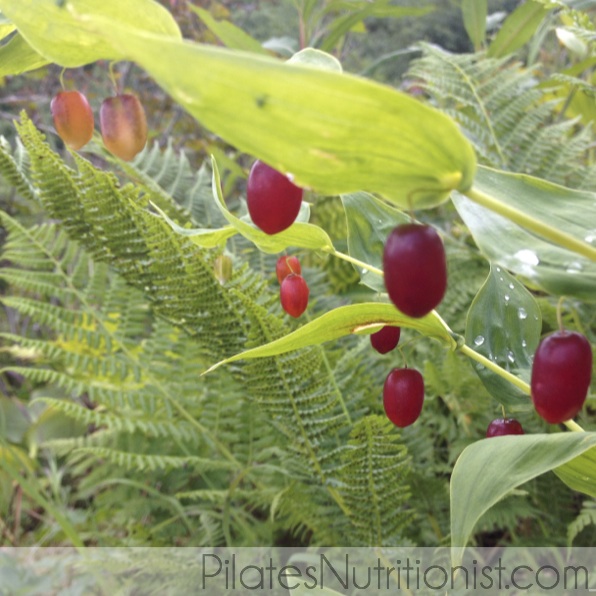 Perhaps my favorite find so far are watermelon berries! Unlike some other berries, these are a rare find. On one hike I came across 2 plants that were covered with berries and finally got to sample this treat. They are like small grapes in that they have a skin surrounding juicy flesh with a few seeds on the inside. But these gems taste eerily similar to watermelon. I’ve only had about 10 of these, but I savored each one! 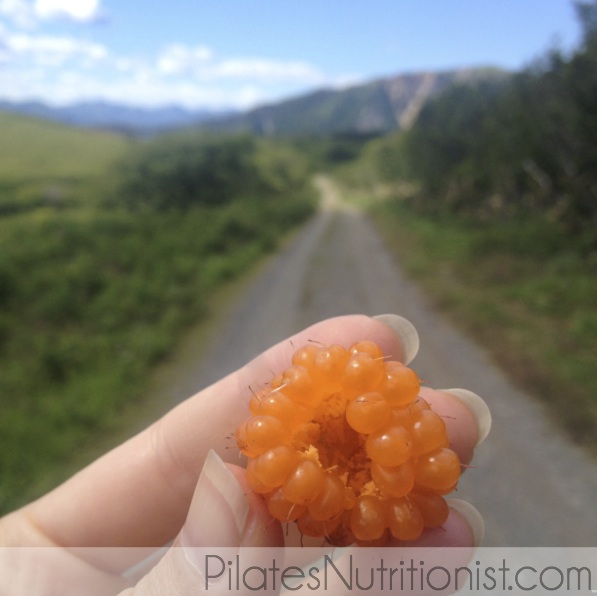 None of my berry books talk about these, but a friend who’s lived in Alaska for much longer than me pointed some out on a hike with an excited “Look! Russian berries!”. These grow right alongside salmon berries and taste pretty similar, although they are smaller and a pale orange color when ripe. My only guess is that they are indeed a hybrid, as some people call them orange salmonberries. From the ones I’ve tried, Russian berries are sweeter and less bitter than salmonberries. They are a treat to find!

There are many more berries on my list to try, including a few varieties of cranberries. It’s a matter of being in the right place (or on the right hike) at the right time, like this mountain top, which was covered in crowberries and low bush blueberries: 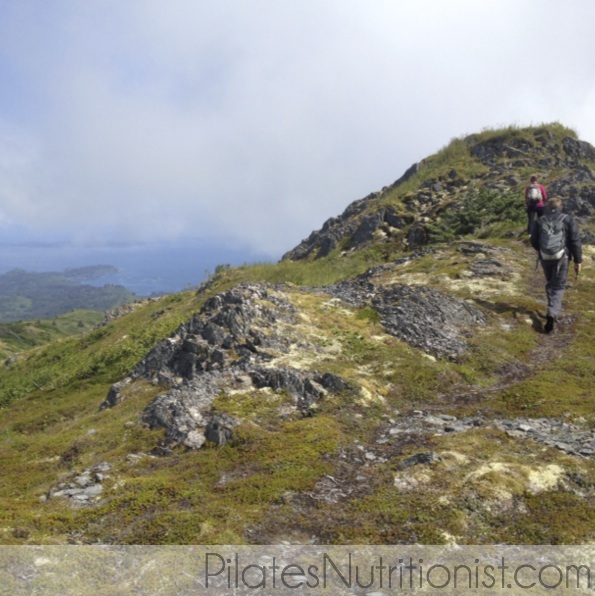 I’ve only shared about the berries that I’ve personally come across and collected, so if you’re an Alaska berry buff and I left your favorite berry off the list, tell me about it in the comments below.

Never been here and wish you could try some of these wild berries of Alaska? Tell me about which ones most intrigue you!

PS – Wish you could see more photos like these? Like my page on Facebook and you’ll be the first to know when I come across another awesome wild berry!